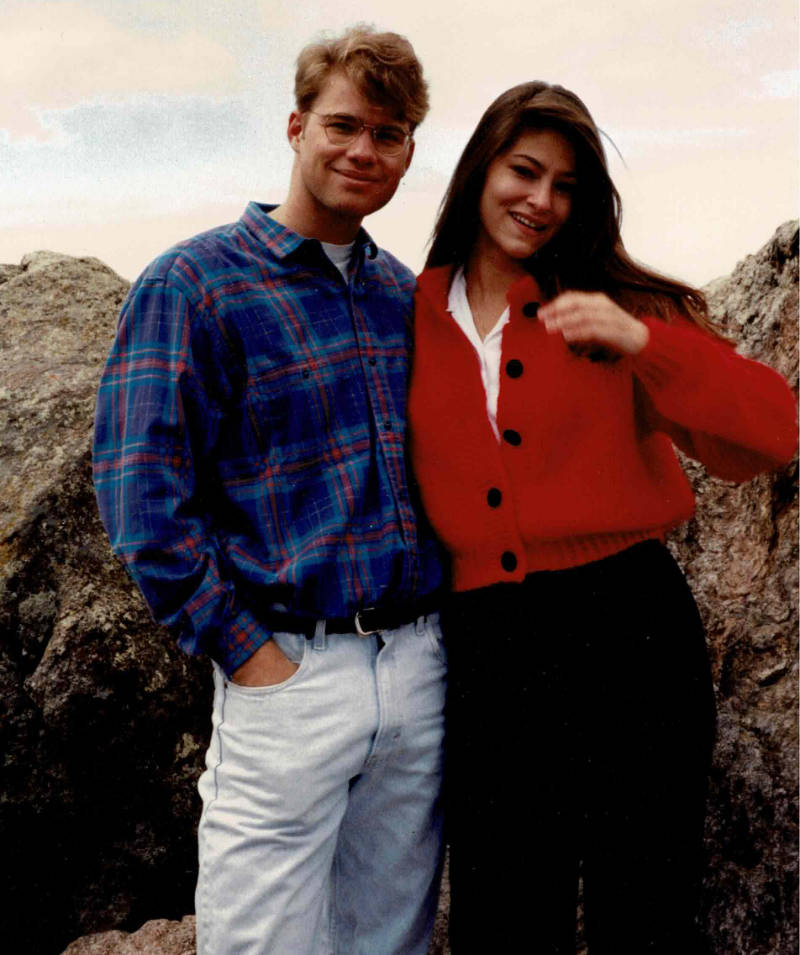 I’m often asked what brought me to Hawaii and why I started Hale Kū‘ike.

The answer to the first question is “love.” While attending an economics class at the University of Colorado in Boulder, I noticed a beautiful fellow student named Kelley whom I thought was noticing me too, though I later found out that this was not the case. One day we happened to be walking out of class together. At a loss for what to say, I asked her if she understood the lesson. She said she did, and I confessed that I was actually lost and did not. She told me later that she instantly fell in love with me at that point because she knew I was honest. We began to meet in the library where I would mostly sleep, and she would diligently memorize her Japanese kanji characters. After graduating we decided that we would go to wherever the first one of us found a job. Kelley happened to land a job in Honolulu, which was ideal since she was born and raised on Oahu. 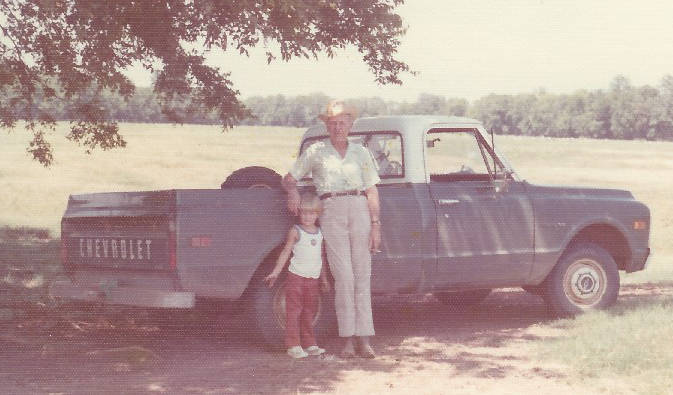 David and his grandfather in the early 1970s

The answer to the second question, why I started Hale Kū‘ike, is also “love” – love of my elders, starting with my grandparents. I was very fortunate to have lived down the street from my grandparents while growing up in South Louisiana. Although I didn’t understand it at the time, I admired the collective values of their generation. They were humble, strong, and wise. Each person in their generation faced tremendous challenges. For example, my hero and grandfather dropped out of school in the eighth grade to help support his family by digging ditches. With minimal government support, their survival depended on personal responsibility and self-reliance. The close relationship that I had with my grandparents is what led to my career in long term care.

While at CU Boulder I met with an advisor to see if I could transfer into the School of Business. Once the counselor reviewed my academic achievements with expressions of displeasure, the meeting quickly ended. Regardless of this setback I spent many weeks in the business school library trying to find a direction for my career. My luck changed when I came across a massive government book titled, U.S. Industrial Outlook for Industries with Projections. I read through all the industries that sounded interesting and when I came to elder healthcare, I knew I found what I was looking for! It combined my fondness for older people in an industry with a growing long-term demographic trend. 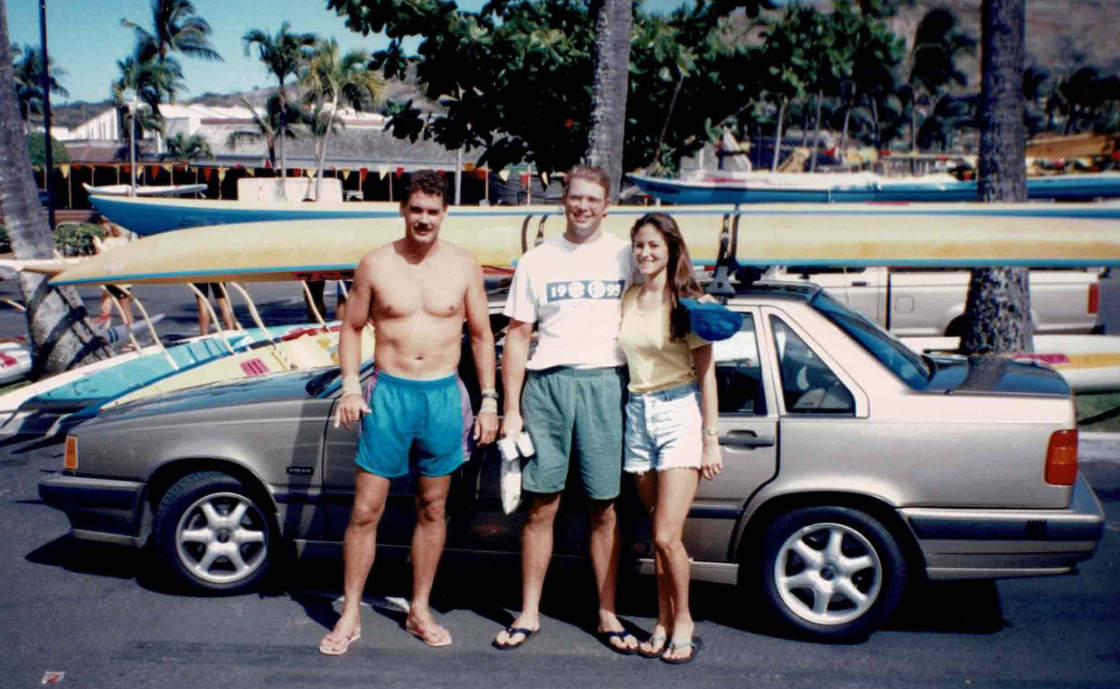 Craig, David, and Kelley at the finish of the 1995 Molokai Channel Race

Before moving to Hawaii to join Kelley I mailed letters to all the nursing homes offering my services as a new liberal arts graduate that would be shortly arriving from the mainland. Naturally there were no takers and I resorted to applying for jobs listed in the newspaper. Being new to the island and lacking an aloha shirt, I wore a sport jacket and tie to my first interview. Mr. Brewer at Al Phillips the Cleaners offered me a job on the spot because “you looked like you wanted a job.”

It was at this time I developed a passion for ocean kayaking and began to train for the Molokai Channel Race. My training partner, Craig, was in construction and I recall telling him about my dream of opening care homes before we set off for a downwind paddle from Hawaii Kai to Waikiki. He liked the idea and said that he could build them as he was about to start his own general contractor company. We continued to train and kayak together for many years.

David and Luann at a Good Samaritan meeting in New Mexico, early 2000s

Learning Lessons Along the Way

After a couple of years at Al Phillips, I became anxious to find a way into elder care. During that time, I volunteered at Arcadia to try to get a foot in the door. It was impossible to find a job without a medical background. However, I discovered a year-long training program that could be offered through nursing homes to train administrators. Again, I sent letters to all the nursing homes on Oahu, but this time I offered to volunteer for a year if they would put me through the Administrator-in-Training program. The only person to respond to my offer was Luann Foos, the Executive Director at Pohai Nani, who would later become my friend and mentor. With her blessing, I began the training at Pohai Nani, a large retirement community owned by the Evangelical Lutheran Good Samaritan Society, the largest not-for-profit senior housing provider in the country. 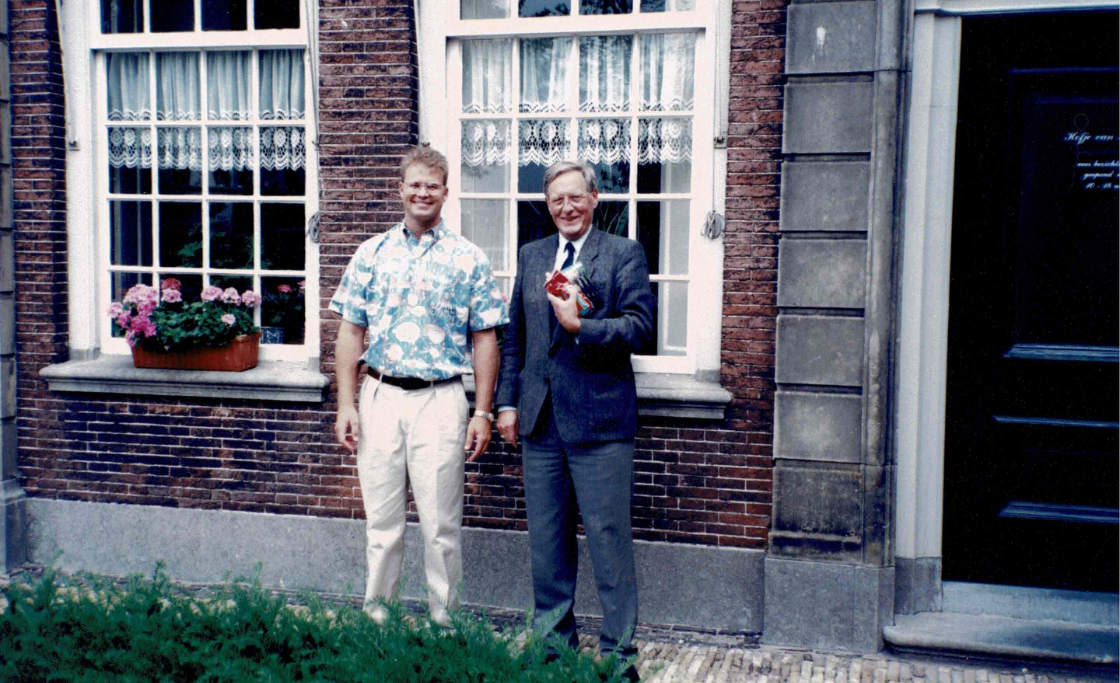 David in the Netherlands during his research trip, 1996

After the training ended and without a real position, I cheerfully left with my dream to start a small care home. Being only twenty-six, the bankers wisely refused to support my plans. Fortunately, within a short time Luann called to offer me the administrator position at Pohai Nani. I gladly accepted her offer and spent the next decade at Pohai Nani.

I was thrilled to be in the industry and hungry to learn. I found a book on elder housing in Scandinavia and was stunned by their progressive ideas and immediately started to plan a trip to visit these communities. In 1996, Kelley and I traveled to twenty facilities in the Netherlands, Denmark, Sweden, Norway, and Finland. It was like looking into the future and I thought they were at least twenty years ahead of us in design. One of the homes we visited in Holland had just celebrated its six hundredth anniversary and was still open! And for the first time we saw a home that specialized in dementia care. 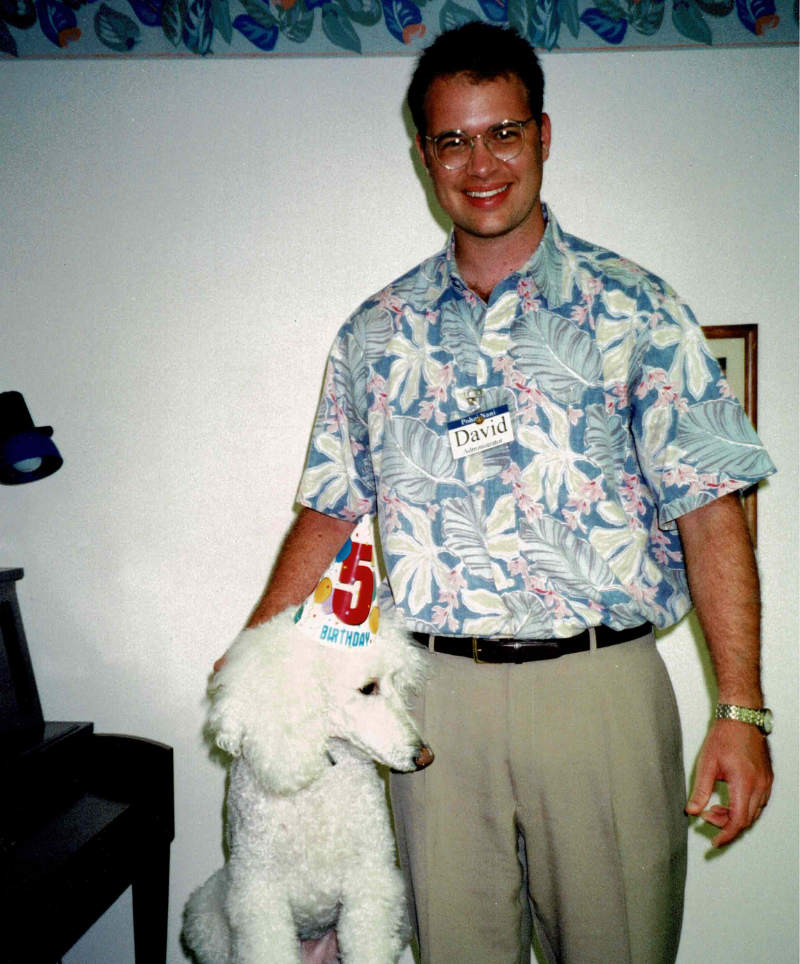 Upon my return to Hawaii, I continued to work diligently at Pohai Nani, learning and absorbing everything I could. I continued to have a burning dream to start my own company, but there were times that I doubted and wondered if it would ever happen. In the early 2000s while attending a Good Samaritan Society regional meeting in Texas, I spent some free time with my uncle who was an entrepreneur. I no longer remember the conversations we had, but I recall coming back to Hawaii fired up and with the confidence that I could start my own business. 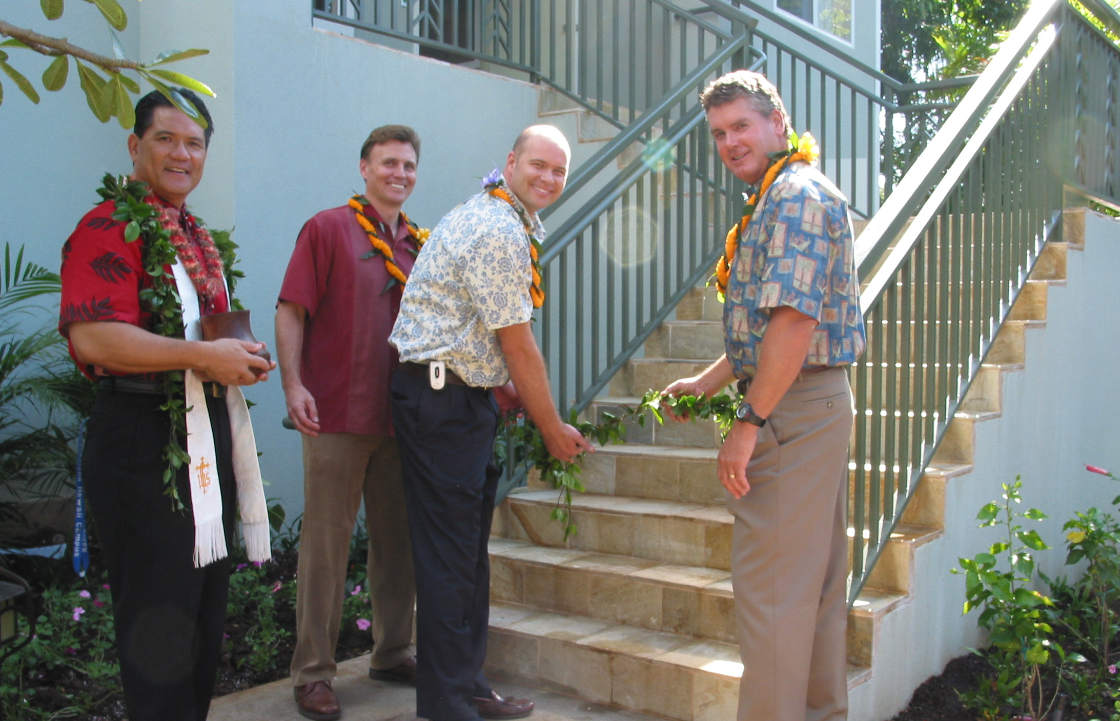 Partnerships are Formed, Dreams are Realized

Once I was back on island, I called Craig and said, “I know the business, the market, and I’m ready.” His response was simply, “I like that entrepreneurial spirit.”

Unbeknownst to me, Craig then called his good friend, Steve, an architect, and floated the idea. The next day Steve was looking at foreclosure notices and found that a large care home in Nuʻuanu was going to the auctioning block. That weekend Craig, Steve, and I toured the most horrendous care facility I had ever seen. I could not imagine how anything good could come out of it. Craig and Steve, with their construction and architectural backgrounds, were excited and had a vision. They tried to disguise their growing excitement from other potential bidders as they realized the great potential and opportunity. They inspected with purpose and Steve even quietly climbed into the termite-riddled attic to collect samples for asbestos testing. I put my trust in their instincts. We rolled the dice as partners and in 2005, the first Hale Kū‘ike location opened. 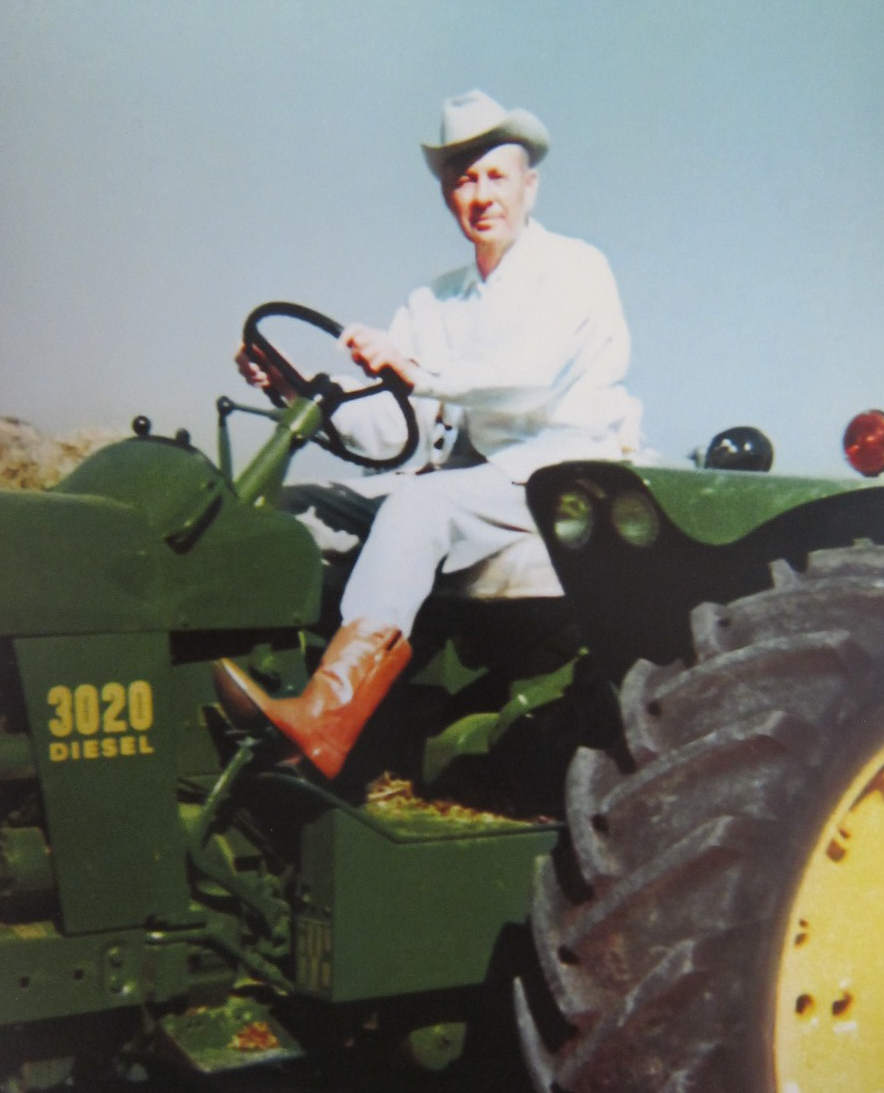 David’s grandfather and his inspiration to serve our elders.

Looking back, I was able to start Hale Kū‘ike because of the sacrifices of my grandparents and their generation. If you look in my office at our Pali location you will see hats, vintage luggage, and a pair of tiny cowgirl boots displayed. These were my grandparents' and provide me with a daily reminder of their presence. Although I was not able to provide care for my grandparents, I honor them and all of our elders by striving for excellence in the services that we provide.